My son absolutely adores superheroes so it’s no surprise he chose to make superhero Valentines for his classmates.  There isn’t a Power Ranger, Superman or Captain America movie that he hasn’t seen at least 20 times.  Anything you want to know about Superheroes, he can tell you because he knows everything there is to know about each one of them!
Superheroes, as we know, fight bad guys and rescue people, and while my son doesn’t do those things, he is still the greatest fighter I know. 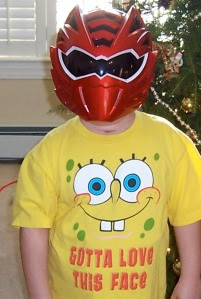 Since birth, he has been dealing with many life challenges both physically and medically.  He spent 18 months on a ventilator, survived a handful of near death experiences, underwent a kidney transplant, and now faces blindness.

My son is a child who has been hospitalized over a hundred times and yet he navigates adversity with more courage and with a better attitude than anyone I know.

He may not wear a red cape or leap over tall buildings in a single bound, but  he is definitely one real life super hero!

Diane is from Scarborough, Maine. She is a wife and the mother of five amazing kids who rock her world from time to time. She has the added blessing of caring for her thirteen year old son who has chronic health issues. Diane  has a graduate degree in clinical psychology; with a focus on health psychology; therefore, she enjoys advocating for families of children with special needs. In her free time, Diane enjoys running, Pilates, cooking and writing. Above all, she values the time she spends with friends and family. She has recently decided to write about her personal experiences, including the challenges of caring for a child with disabilities. She hopes that by sharing her story she can help and inspire others. You can read  her blog 5 Little Monkeys which is all about the craziness of raising her five children with a husband who who works 500 miles away. Follow Diane on Twitter.

After reading "20 Things I Wish I Knew Before I Had Kids," I … END_OF_DOCUMENT_TOKEN_TO_BE_REPLACED

"It's beginning to look  a lot like Christmas..." The … END_OF_DOCUMENT_TOKEN_TO_BE_REPLACED